Who is Michelle Lee (also known as DeeJay Shelly)?

“Michelle Lee, better known as DeeJay Shelly, spent many years in the corporate world where she learned successful events require teamwork and professional skill. As owner of Michelle Lee Entertainment, she provides that important team approach. One of the only female DJ s on the east coast, Shelly grew her company from spinning to event services.” – Susan Shiber (Article in Mid-Atlantic Events Magazine).  Susan Shiber is a professional writer and public relations specialist.  READ MORE REVIEWS.

Also known as an International DJ, and DJ to the Celebrities, Michelle Lee has hosted events for Betsey Johnson, David Tutera and The Pocono Mountains. “We would highly highly recommend Shelly if you want an UNFORGETTABLE night.” “DJ Shelly MADE our wedding. I’m not exaggerating…” “Our friends and family talk about how much fun they had at our party and I know it’s because everyone DANCED ALL NIGHT!” “She truly went ABOVE and BEYOND in every way and was a blast to work with”. Accomplishments in the events industry: (Photo by Richard Barnes) Michelle Lee has worked with top names in the industry such as:

“I have had the pleasure of working with Michelle and her team. The project was the Spartan Race of 2015 held at Blue Mountain in Palmerton, PA. The goals were to showcase the entire Pocono Mountain Region, highlight the area as a perfect drive time overnight destination and to showcase Michelle Lee Entertainment as a professional multi media company. All three objectives were met. The footage Michelle gathered was of high quality and we have been able to use her work in our branding strategy to both the outdoor enthusiast and the family drive time market. Michelle’s work was seen by other area properties and she has gained several additional contracts to further her area reach. I would highly recommend  Michelle and her team to be the spokesperson/MC for any multi media organization.” –  David M. Jackson, CMP, Vice President of Sales Pocono Mountains Convention & Visitors Bureau 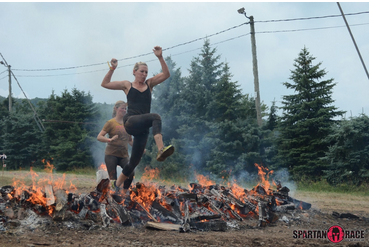 Get Shell Shocked! Hello! Hola! Bonjour! γεια! 你好!  My name is, Michelle Lee (Also known as, “DeeJay Shelly”). Channel 12 in Philadelphia came to my middle school when I was 13. Out of 100 students, I was selected as a contestant on their television show, “Super Sloppy Double Dare”. It was a very exciting time for me, and it started me on the road of entertainment.  At nineteen years of age, I launched my own disc jockey company, Sounds By Shelly, as the main DJ and MC.

Through my hard work, dedication to my clients, and infections energy, I’ve grown my disc jockey business, Sounds By Shelly, into a full service entertainment company – Michelle Lee Entertainment. What’s more? Through my social media sites, such as Facebook, I am now friends with music lovers, like myself, around the world!
On my YouTube Channel, I’ve also started to post training tips and tutorials for beginner DJs. If you are a beginner DJ, or you just love music, check it out! If you like my videos please SUBSCRIBE! Thanks guys! DeeJay Shelly.
READ MY REVIEWS.